Competition is common when you have two brands aiming for pole position in the consumer’s mind. When two brands realise that, they decide to take on each other through a series of ads that call out the other brand’s issues. Brand wars have erupted between soft drink brands (Mountain Dew and Sprite for instance), detergent brands (Rin, Surf and Tide), car brands (Mercedes and BMW, GM and Ford) and even television networks. In this essay, we look at some of the most famous of these wars.

There’s no famous brand war than the Cola Wars. In the late 1970s, Coca Cola was in a difficult position. They were seen as the old guy cola, the one that wears his pants too high and prefers to dress women in modest clothing. Its competitor, Pepsi brought forth liberation. Its ads were peppered with young people in vibrant clothing, women in short skirts and bikinis, men with tanned bodies and sporting sunglasses and a buzzing hairdo. Pepsi ads were an epic party while Coca Cola ads felt more like a family dinner. 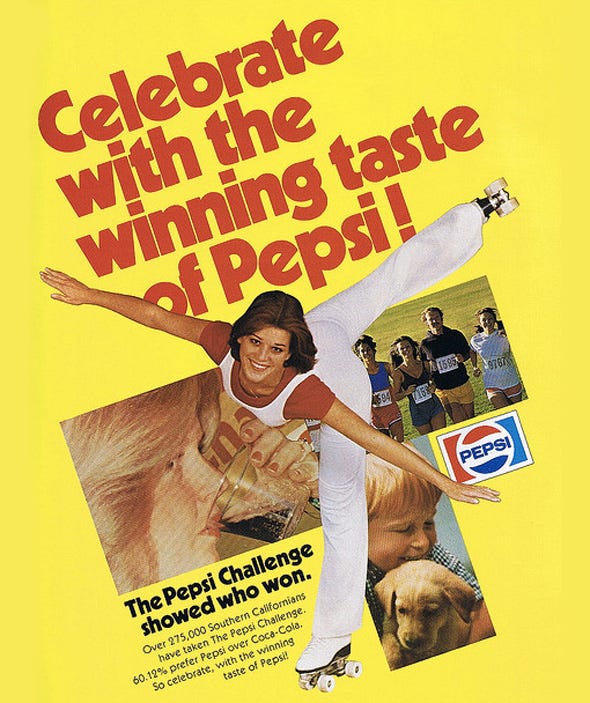 In 1996, Fortune magazine analysed the sales of both Pepsi and Coke and unanimously decided that Coca Cola had won the Cola Wars. In the nearly two-decade war, both sides had racked up casualties. The team at Coca Cola still couldn’t get behind one concrete idea. They revamped their logo, their product design and even their beverage portfolio several times. On the other hand, Pepsi had its job easily cut out for them but faltered by continually offending select groups of people over a large period of time.
First on their list were pop stars. When Michael Jackson was the face of Pepsi, he starred in an ad where an unfortunate pyrotechnics mishap burnt the pop icon’s hair and face. Some say that he’s still burning today. To appease pop fans, Pepsi produced an ad featuring David Bowie and Tina Turner, who together performed Bowie’s chartbuster “Modern Love”. However, when news broke that Bowie had been slapped with a sexual assault lawsuit involving a minor, Pepsi had to pull the ad. Even though Bowie was never convicted, the optics didn’t look good given that the other singer, Tina Turner was an infamous victim of domestic abuse.

Pepsi executives scrambled to find a clean-cut pop star with a youth-friendly image and ended up with… Madonna. When a Pepsi ad used the song “Like A Prayer”, Catholics around the country slammed the ad and the company behind it. Pepsi would spend a good part of the eighties apologising; something they are still doing today.
So, what exactly happened to Pepsi?

With better sales in the early 1980s, Pepsi decided to hit back at Coca Cola with contrasting commercials, portraying themselves as the cooler brand. This obsessive navel-gazing sparked serious issues for the brand itself. Over the next three decades, Pepsi offended the obese community, the African-American community (in 2011), Barack Obama and, the African-American community (once again in 2017). In their attempt to look cooler than Coca Cola, Pepsi found its foot in its mouth time and time again.

Meanwhile, Coca Cola kept up with its family-friendly image and slowly took over markets, revamping into a youth-friendly brand, albeit a cautiously youth-friendly brand. Pepsi attempted to hit back at Coca Cola during the 2019 edition of the Super Bowl which was held in Atlanta, where Coke is headquartered. While their armada of touchpoint ads in Atlanta did catch attention and cause a few chuckles, it failed to create the necessary buzz. Pepsi was seen as a sore loser desperate to take more potshots. 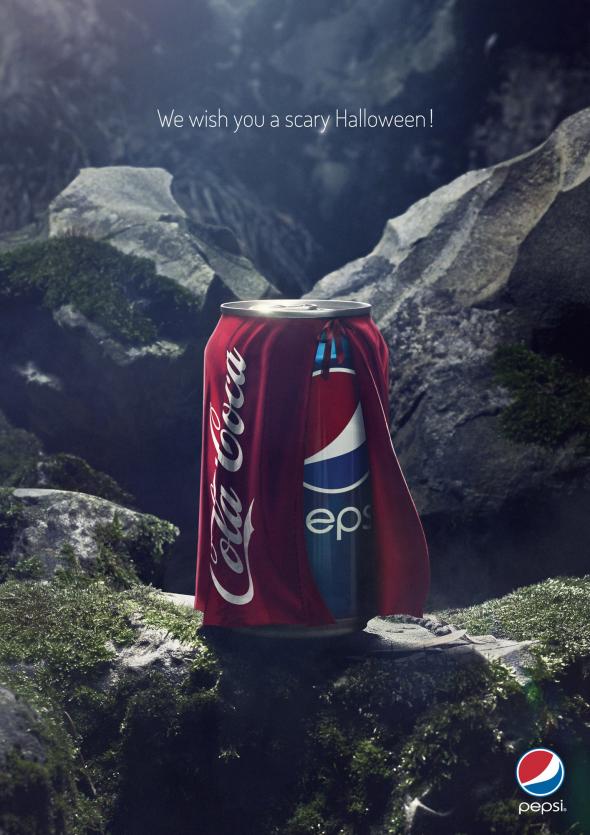 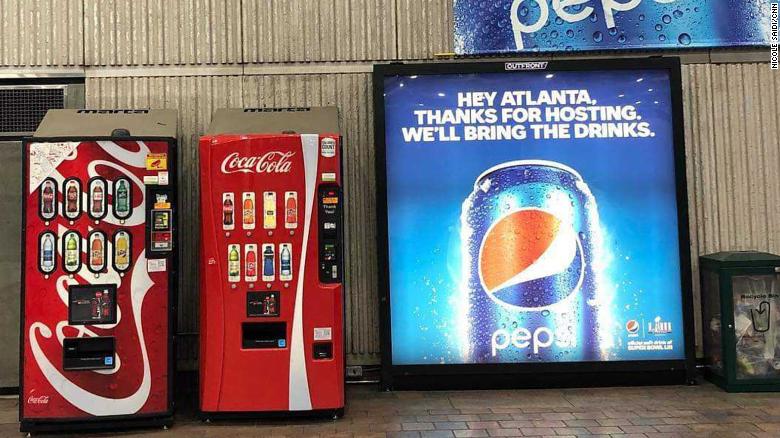 Pepsi has been trailing behind Coca Cola in sales worldwide since the nineties, losing a war that was pretty much theirs to win.

When you think of gaming consoles fighting for the top spot, you often think of Playstation and Xbox. But, their war isn’t nearly as vicious when compared to the brand war between two consoles in the 1980s and 1990s. The console market in the 1980s was ruled by Atari. But, they soon had to bow out to two new competitors – Nintendo and Sega. While Sega with its cheaper consoles was winning across America, Nintendo had a quality offering that was undoubtedly expensive. Both brands had had failures in the past and while Nintendo spent an exorbitant amount of time and money in correcting their mistakes and developing a better console, Sega didn’t.

Sega had a problem of their own. Their consoles were difficult to play with and Nintendo had been developing a stranglehold on the market. So, in 1989, Sega decided to release a 16-bit console – with a different name for each market region, including Genesis for the US market. The 16-bit was different from the 8-bit consoles that Nintendo had and Sega regained their hold of the market until Nintendo hit back with a more powerful console, the SNES. It was one console that Sega could never match up to. When nothing else worked, Sega’s team attacked.

Sega dissed Nintendo in a series of negative marketing campaigns and released more consoles – none of which matched the superiority of the SNES. Nintendo, to its credit, became a better console-maker in the nineties, releasing far more successful and iconic gaming consoles (Gameboy for instance). What the console wars teach us is that no matter the product, a well-executed and positioned campaign can improve sales and market share. 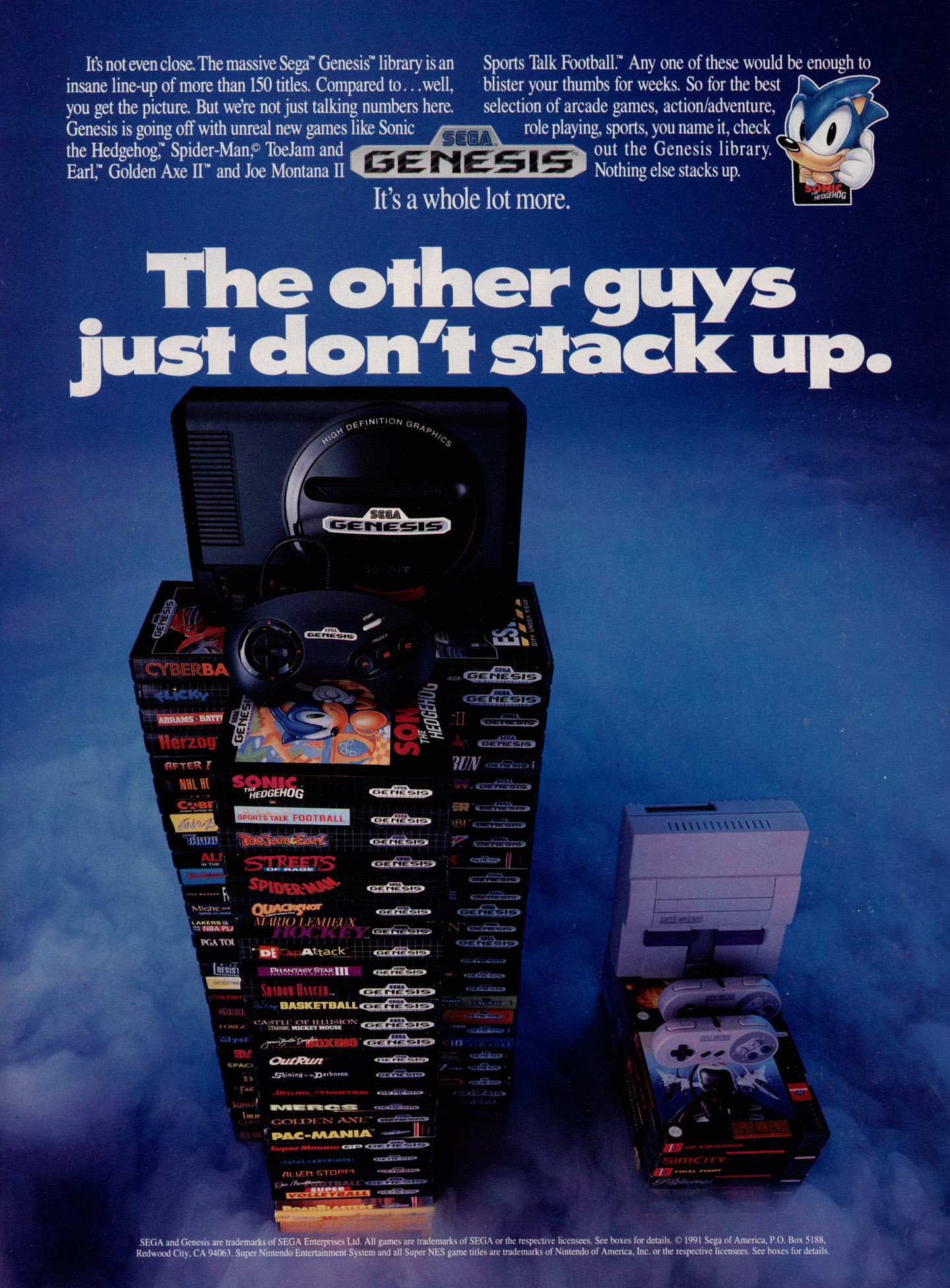 No, we are not talking about the infamous Jay Leno/Conan O’Brien feud of 2010. We are referring to the Jay Leno/David Letterman feud that took place in the early nineties. Leno, a promising comedian had just been handed the Tonight Show, a prestigious late night show that was previously hosted by the legendary Johnny Carson. This did not go well with Letterman, who according to Carson was the rightful successor.

Letterman moved to a different television network and started a rival late night show. For the first year, Letterman won in ratings. However, one seminal episode took Leno to the top of the charts and he stayed there for the rest of his controversial run as host of the Tonight Show. 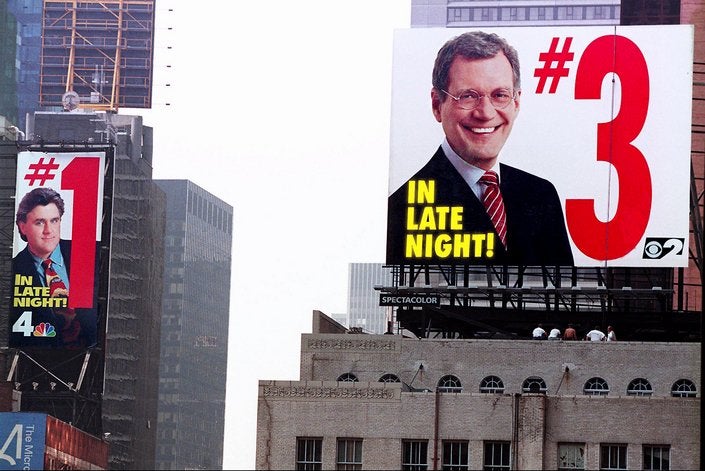 This is just one of many hits Letterman has made. During the Leno/Conan feud, Letterman found himself roasting Leno one night after another, much to Leno’s amusement. While Leno retired with better ratings, Letterman has always been viewed as the “King of Late Night” for his versatility in comedy and is often compared to Carson.

Perhaps the most amusing and ceaseless brand war is Burger King’s Perennial Roast of McDonald’s. The two brands were at loggerheads in the 1950s but since the 1960s, McDonald’s has been achieving better sales. That doesn’t mean Burger King isn’t any good at making burgers. The King has for the last two decades hitting back at The Clown with a number of ads and clever spots.

Editor’s note: These are some of the ads that Burger King has produced. No compilation of the entire list of ads is available, except in Ronald McDonald’s private YouTube playlist (we’re guessing).

To mark Valentine’s Day, 2020, Burger King India produced an ad focusing on the lonely Ronald McDonald sitting in his park bench. “It Sucks To Be Lonely, Especially On Valentine’s Day” reads the line. Burger King offered a free Whopper to anyone who took a selfie with the clown and uploaded it on Instagram.

Location mapping technology helped Burger King stick it to McDonald’s again. Burger King asked its app customers to order a Whopper while in the vicinity of a McDonald’s and get the signature burger for the cost of 1 cent. That’s right, one cent!

When the horror film, IT became popular, Burger King used the murderous clown to draw parallels to its competitor’s brand mascot. First, it hijacked an early screening of the film in Germany with this gem of a placement.

If that wasn’t enough, the brand produced yet another video portraying Ronald McDonald in the shades of Pennywise. In the ad, Burger King asked customers to dress up as clowns and visit their nearest branch for a free Whopper. “Come As A Clown, Eat Like A King” was the tagline that closed the ad. While the movie IT revived the classic horror genre, it provided a lot of ammunition for Burger King.

The King V. The Colonel

While the Burger King team spent a better part of their day trying to find new ways to attack McDonald’s, they never lost sight of the other competitor, KFC. When the fried chicken brand announced that yet another actor would play its brand mascot, The Colonel, Burger King promoted their new grilled chicken sandwich with this ad featuring its brand mascot, The King donning the attire of The Colonel.

For years, Burger King has been arguing that the Whopper is bigger than their competitor’s Big Mac. So, at the end of 2019, they published a video confession which seemed surreal but knowing Burger King, nothing is out of bounds for them.

McDonald’s has been generating more sales than Burger King for over 50 years, not just in America but around the world. While Burger King still hasn’t won, the brand isn’t showing signs of giving up, which only means that we can expect more hilarious attack ads and impressive placements.

Some might say that attack ads and potshots only show signs of pettiness but if anything, these ads exhibit the creative spirit of the teams behind the ads. Brand wars are healthier when both sides are having fun with their communications. With the advent of social media, it isn’t just the brands that do the fighting, but, even their bosses and employees. With Twitter becoming the new age battlefield for these scuffles, we can only be assured that brand wars are here to stay and the effects of these wars will last forever. Even if the Earth’s population is down to the last man, when he sees a Dunkin’ Donuts and a Krispy Kreme store side-by-side, his mind will begin to differentiate between the two brands and remember their ads. While DD may have won the war and achieved better sales, it’s common conception that Krispy Kreme makes better doughnuts.